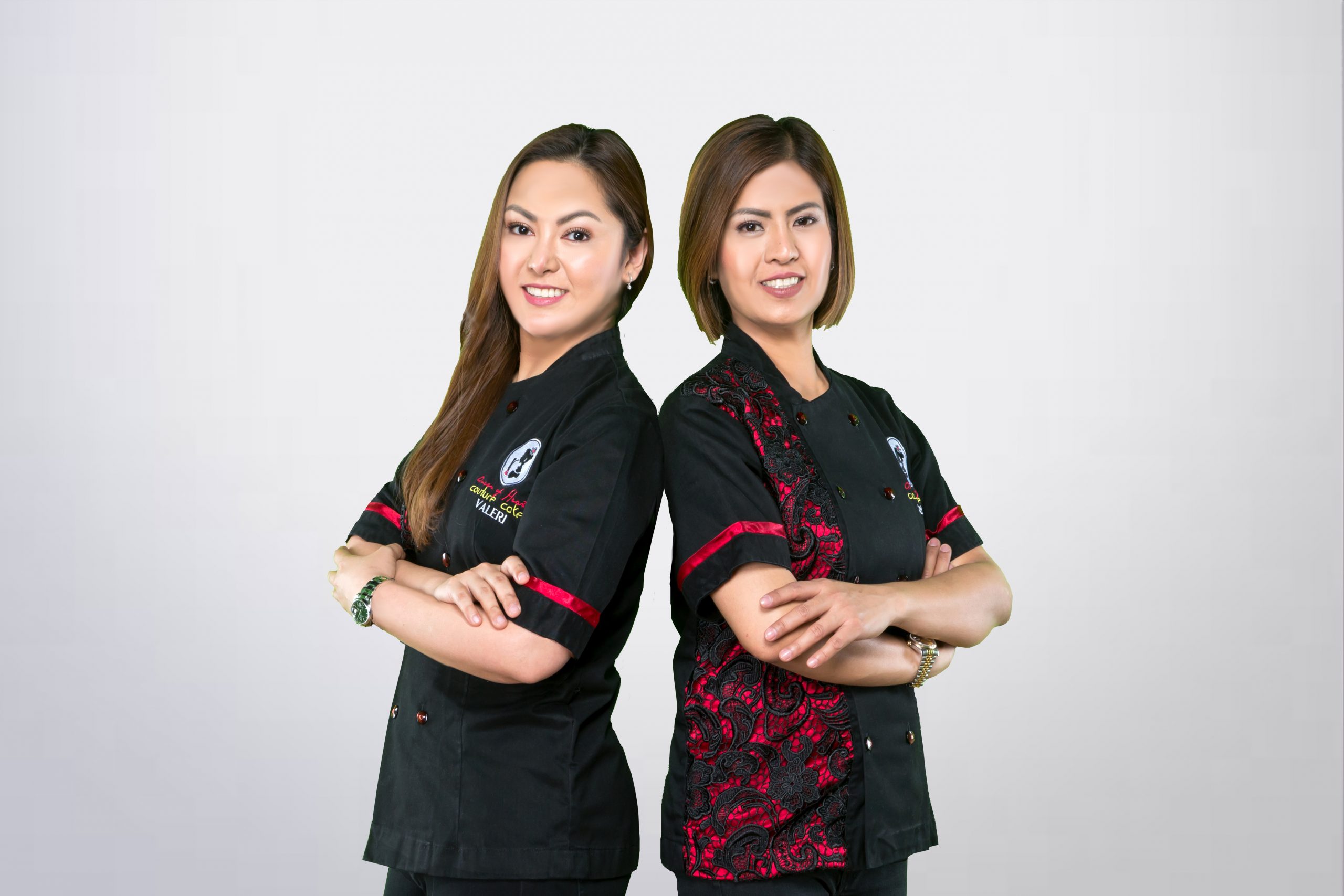 Becoming Queens: How Buttercream Changed the Lives of Two Filipinas in the Baking Industry

It was Valentine’s Day of 2008.  Valerie Valeriano was scrolling through her contact list to see who to call to enjoy the evening together. Christina Ong, a distant acquaintance, initially, was available. They had something in common: being single and enjoyed going out. And so, they drank beers all night at a local restaurant in Ortigas, told each other their life’s stories, and the next day, were inseparable.

Valerie had graduated from nursing in the Philippines. Christina, with a degree in Economics from UST had later been presented with another life changing path. She was offered a chance to live in London for a year, to work in Health Care.

Being young and adventurous, Christina took the opportunity to live in the UK loving her new career path and time in the city so much so, that she always knew she would return. As the two women became closer, they thought that London seemed the perfect place to start their new life. Being single and nothing to hold her back, Valerie instantly decided to tag along with her new best friend.

They were full of bravado — big plans but rather empty pockets. So, they moved into a small house where they shared a bed to save some money. Challenges with funds didn’t deter them. They came up with some creative solutions to earn money. Babysitting was one of them.

While being fully committed to their medical jobs, the two hustled through their lives in London, and naturally forged good friendships. Naghma was the mother of one of Valerie’s patients, and Aida was the mother of the boy Christina was babysitting. They treated Valerie and Christina just like they were their own daughters.

It was a few days before Mother’s Day in 2011 when Valerie and Christina accidentally stumbled upon an unknown passion and talent. Little did they know that this would become the start of something extraordinary. Out of gratitude and fondness, they decided to bake something creative, sweet, but most of all, affordable.

They searched the internet and stumbled upon a fun sunflower cupcake recipe using an improvised Ziploc bag. They discovered something else, too: buttercream. A few clicks further, they came across a tutorial on how to make a cupcake bouquet. That was it. It was perfect. They would bake Naghma and Aida a beautiful cupcake bouquet! Coming from the Philippines and having a natural love for sweets, they thought, “who wouldn’t love this?”

And so, they surprised their friends with their homemade gift. Naghma and Aida both really loved it, even though the cupcakes were coming off the wrappers. It was Aida who told them to improve the idea and technique and make it into a business. As good friends, they listened.

In 2012, the idea of “Queen of Hearts Specialty Cupcakes, Edible bouquets and More” was born. It evolved from a joke. The two self-taught bakers were practicing flower piping while getting frustrated. It was on one of these practice sessions that Christina blurted out,

“My god, you need to be a queen of patience before you can perfect these buttercream flowers!”

Like any other startup, the beginning of their cupcake adventure was not easy. They contacted local schools in the area, even neighboring cities to offer their cupcakes, but no one really bothered to reply. 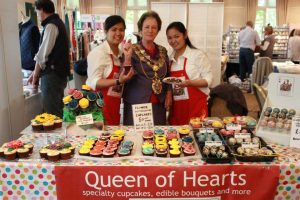 Everything changed with a phone call one hot summer day in 2011. It came from one of the organizers of a School Summer Fair. The caller was in desperate need of a cupcake seller as the parent who volunteered could not make it. Even though it was three days before the event, they took the challenge without hesitation.

In their tiny studio apartment, they went to work. Without a wink of sleep as the cupcakes were laid out on the bed and in every free space of the flat, they managed to make two hundred cupcakes. They baked through the night and eventually had 150 cake pops and 200 cupcakes to be exact. It was quite an achievement, considering that they could only fit 6 cupcakes at a time in their tiny kitchen oven. But it was all worth the effort. Not only did they sell all their cupcakes, but they also managed to score their first wedding cake order as well as an invitation to another fair in a nearby local park.

Before they knew it, Valerie and Christina were welcomed guests at London parks, festivals, and charities to sell their cupcakes. They did everything themselves, carried their own chairs, tables, and gazebo, and walked for miles, saving every penny they could. From humble, tasty treats, Christina and Valerie braved towering cakes and thus conquered a new audience – as they hoped, success would soon follow. 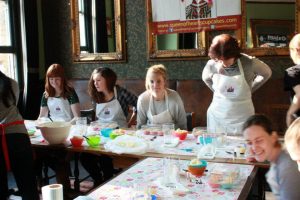 On February 2012, they joined the National Wedding Show, the most celebrated wedding fair in the UK. Though, high hopes were met with disappointment. Valerie and Christina loved vibrant colors. It was their way of celebrating and expressing their Filipino identity. However, the English appreciated the more traditional and subtle style they were used to.

But failure made them even more determined to improve their craft, so they went to join the next biggest fair, The Cake International Show. With their life’s savings on the line, they jumped in headfirst. Around twenty thousand people visited the Birmingham fair throughout the three-day event.

“It was definitely an unforgettable fair,” Valerie remembers.

The two Filipinas tossed a coin on who would brave the first cake demonstration. Valerie had a piping bag in one hand and a cupcake in the other. No matter how much she practiced her spiels, she froze. Embarrassing as it was, tears started to form in her eyes. But to her surprise, the crowd encouraged her to continue. This is how Valerie found her voice and never lost it ever again.

Their buttercream cake displays were highly noted for its originality, colors and creativity. This started an opportunity to teach classes in London. Soon, invitations to teach abroad followed. And as popular as the fondant and icing cakes were, their buttercream creations stood above the crowd.

Since then, they have been teaching and baking buttercream cupcakes in about 30 countries, in every continent. They have won a dozen awards and had raving articles in magazines and online publications in the Philippines, England, and many other countries. 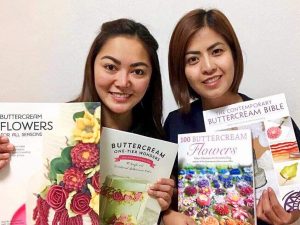 In 2013, they received an email that would change their lives forever. They were offered a deal to publish their first book. And on April 14, 2014, “The Contemporary Buttercream Bible” was released in the UK and the US. It was also translated into Spanish, German, and Korean.

“Never have we imagined that we’d become authors one day. It was definitely a dream come true,” Valerie recalls.

In the years to come, they would publish four more books, which were translated into nine languages, including “Buttercream Flowers for All Seasons” which was published in 2018. They have sold thousands of copies worldwide propelling them to become successful bakers and entrepreneurs.

As the saying goes, “time flies by when you do what you love.” But these two Filipinas would never forget their humble beginnings in their tiny London apartment. 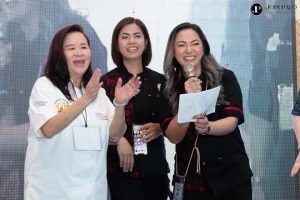 All the hard work, honing of friendships and collaborations along the way would finally take them back home to the Philippines, to bring something new and exciting back to their beloved country: The launch of “Cake Fiesta Manila 2019”, their very own international cake and baking expo.

We at KESSLER’S have certainly been inspired by these extraordinary women. We share the same passion to help inspire people to grow their businesses and create a platform for them to share their craft, experiences, and successes.

Last year alone, despite the continued pandemic, we were thrilled to have both ladies as guests during the KESSLER’S Pamana 2020, Cocoa Cooking Competition, as well as support their online virtual event for Cake Fiesta Manila 2020. With this partnership, we hope to build a stronger baking community for many years to come.

Valerie and Christina have made a great impact in the local and international cake scene. Their story proves that friendships surpass challenges, passion overcomes hardships, and success redefines failures. Embrace your journey, and as they always say, “just keep going.”

Their first event in 2019 had brought 50 vendors, more than 6,000 local and international guests: Cake Wars, a live cake decorating competition and the largest cake display competition with 200 entries across seven categories. KESSLER’S® and HAMBURG Trading Corp were exhibitors during the said event. In 2020, because of the Covid19 pandemic, Cake Fiesta Manila went virtual and again made a huge success.

To know more about Cake Fiesta Manila, you may check their website at www.cakefiestamanila.com. You may also visit their official Facebook page here. 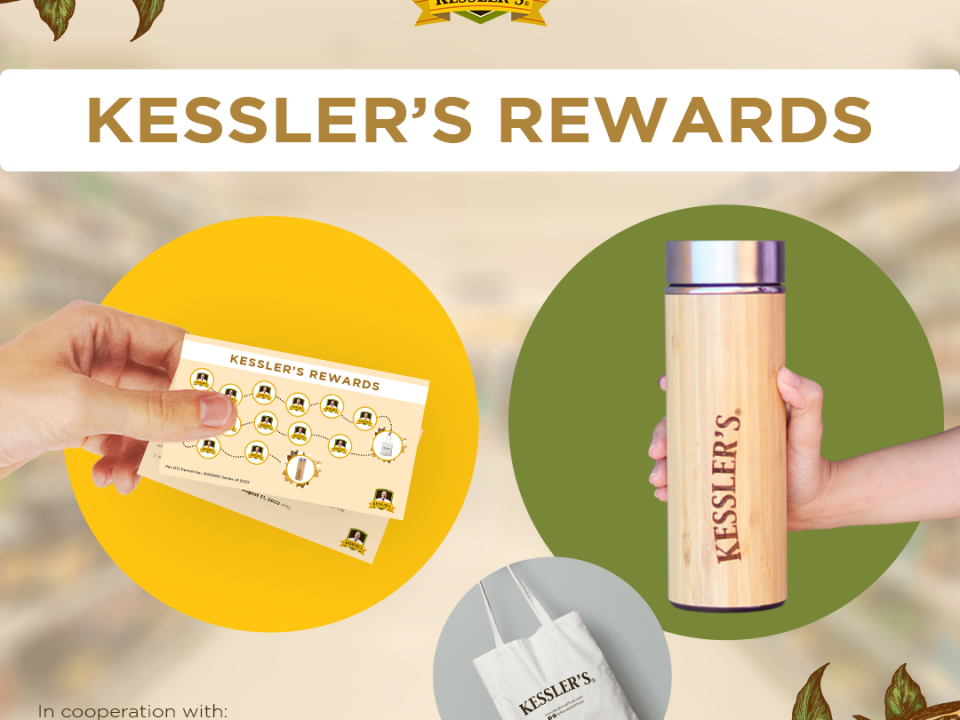 Time to give back: Kessler’s Rewards Loyalty Card 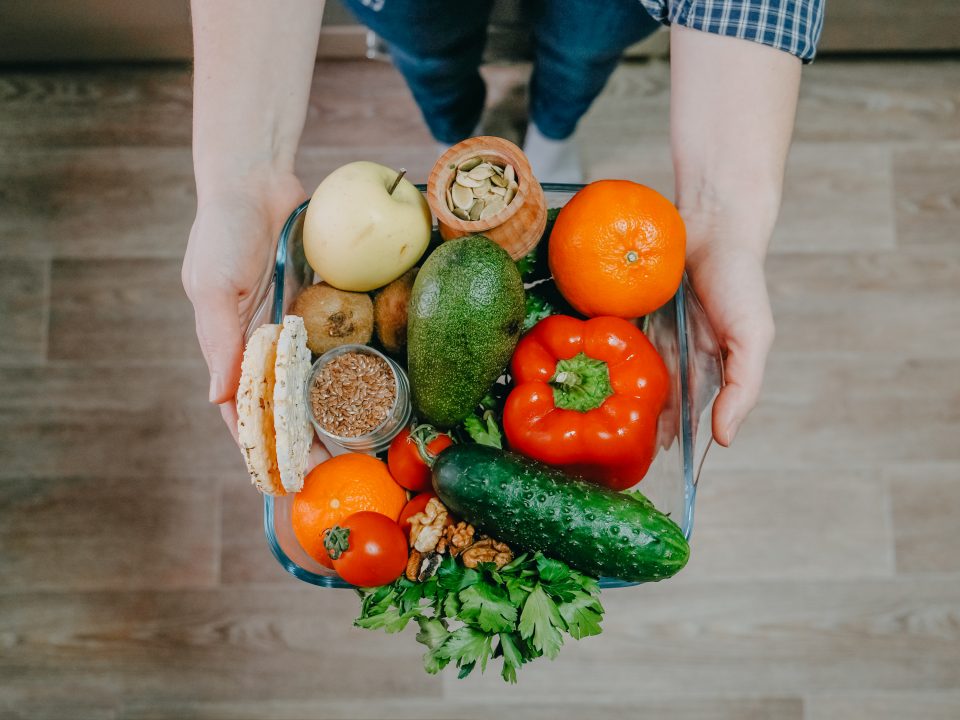 Send your recipe or your written related article with us, and we would be glad to share it with our community.